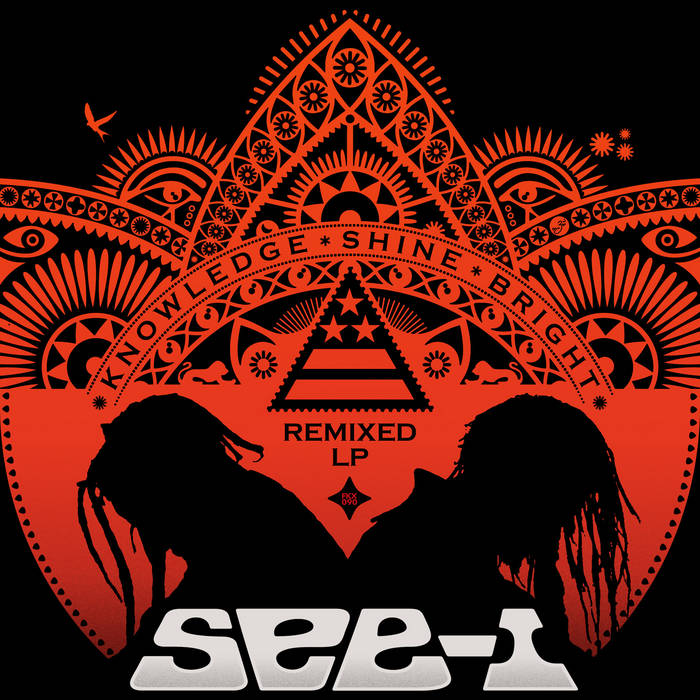 Performing at clubs and venues around the world, while maintaining a 10 year residency at the Eighteenth Street Lounge has given See-I a deep appreciation for dance music. No strangers to remix culture, See-I's 2015 album Knowledge Shine Bright has been remixed by some of the world's finest producers over a wide range of styles, from house and downtempo, to glitch-hop, dub and drum'n'bass.

Close friends and collaborators, Empresarios have given Musical Murder their Tropicaliente treatment, and the result is a smooth and sexy tune that flexes through downtempo, dub, cumbia and reggae in one track! Thunderball have dusted off their drum’n’bass kit to create a rolling Never Give Up remix for the junglist massive. Fellow DC party rockers, Sol Power All-Stars remixed The Chase, dishing up a sizzling afrobeat flavored house track. Victoria, BC's own Palletz remixed Rudeboy Razor, adding elements of electro, trap, and moombahton which is perfect with Flex Mathews' relentless vocals.

Top UK based Ghetto Funk producer Sammy Senior reinterpreted Real Steel, turning it into a bubbling dancehall tune with some heavy bass. One of the exclusive remixes new to this release is DC based Astronaut Jones' moody remix of Rebel in Blue, which ranges from bass heavy downtempo to blissful atmospherics. Coming from Fort Knox Recording's Australian outpost, Omegaman crafted an instant downtempo classic with his remix of Revolution, the spacey guitars, echo and reverb create the perfect bed for Candice Mills vocals. Portland, Oregon's own AfroQBen provides a deep dub rework of The Chase, taking it into late-morning chill out territory. Closing out the release is another compilation exclusive from Prague based drum'n'bass producer MikkiM, who revs up the beats turning Real Steel into a rudeboy stepper.